Finding the Best EHR/PM for your Practice 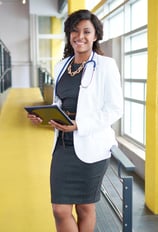 regulatory and fiscal challenges to success can seem overwhelming. However, it can be done and we'd like to share with you a case study of an Illinois neurologist who has not survived but thrived

Take the case of Illinois based neurologist, Dr. Michael Sergeant and his wife, Beth, who sought the best EHR for their solo practice and ventured into independence after 26 years of co-owning a private neurology practice.

For Beth Sergeant, who spent most of her adult life pursuing art — not a career in medical billing — building a small medical practice with her husband from the ground up proved to be no small task. She soon discovered that finding the best EMR for solo practice was key to surviving and thriving in a state where very few independent neurologists remained. “We’ve found ways to really make the system work for our practice. We could never have gotten by without it and compared to other systems, NextGen Office  has proved to be much better,” says Sergeant.

Beyond the economics and logistics of starting one’s own business, there’s also the fact to consider that being a solo practice means thinking about the office every day, no matter where you are. “We’re not always in the office and NextGen Office allows me to work from anywhere. We don’t have an answering service — we are the answering service — and having access to records 24 hours a day as well as the ability to fax, wherever we are, has been so helpful.”

“I would definitely recommend NextGen Office to other small practices,” Sergeant says. “From set-up, it was never lacking.  I look at people now still using paper, and I think, ‘How do you do it?'”

Read below for the full case study

Case Study – Building a Solo Practice from the Ground Up

After partnering with another physician for 26 years, Dr. Michael Sergeant’s two-doctor neurology practice was acquired by a hospital in 2008. Many physicians today, who’ve been running small, independent practices for a majority of their careers, are becoming increasingly worried about this very possibility — and for those who pursued medicine for autonomy and to help patients to the best of their ability, on their own terms, this picture of the future can feel daunting.

But instead of giving in and becoming a hospital employee, Dr. Sergeant and his wife, Beth — an artist at the time– decided to open their own independent practice together. “I knew absolutely nothing about starting a practice,” she recalls. To add to her uncertainty, very few independent neurologists remain in the state of Illinois, according to Sergeant, most having been enveloped by larger systems. The team persevered, though, determined to build a successful practice from scratch. She spent an entire year looking for spaces and talking to experts in preparation. Sergeant’s next step was to take it upon herself to do extensive research on EHR and EMR systems before investing in a long term software choice, but she proceeded with caution; Dr. Sergeant had been already been through at least four different EHR systems throughout his career with minimal satisfaction. The couple’s sons, who work in the technology industry, advised their parents to “make sure you look for something in the cloud.”

“At the time, I said, ‘Clouds? As in what I paint?’” Sergeant jokes. So she tackled the technology learning curve.

The Sergeants knew they needed to find a software system that could help them establish a solo practice from the ground up. “You can’t get much smaller than our practice,” Sergeant said, with Dr. Sergeant as the solo neurologist, Sergeant as office manager and a part time staff member making three. For the small team, NextGen Office integrated EHR, Practice Management and Billing software suite just felt like the right fit — for many reasons.

First and foremost, the Sergeants needed full functionality on the iPad. “He’s not great with a computer,” Sergeant says of her husband, “but give the man an iPad and he’s off and running.” The couple initially gravitated toward NextGen Office because one of the first systems built for the iPad, with full functionality. “It made my choice easy,” she says. She also knew that the neurologist needed the ability to chart from anywhere, especially at night while he’s at home. Though some other systems do come with accompanying apps that users can download for their devices, apps rarely offer the nimble versatility that you need to perform everything that you want to on a tablet — and with more speed, to boot.

Along her EHR search, Sergeant had also been turned off by vendors who rope customers into outsourcing their billing services. She noticed that some vendors, who offered their software up as “free,” required that their users pay for their billing services. “I don’t want somebody else to do my billing,” While NextGen Office offers billing services as an option — it’s available for those who truly feel the need for it. “We loved that we could pick and choose what we wanted,” says Sergeant, of the NextGen Office integrated system and its many add-on features and services.

After all, intrinsic to every practice is its own unique workflow and set of needs. For a practice so small, the Sergeants came to rely on the abundance of tasks that could be automated and done much quicker with NextGen Office than were performed manually, like the e-faxing. Like her husband, Sergeant is busy and not always sitting at the same desk in her office. Gaining the ability to e-fax and access records and all of their important office documents from anywhere added to the ease of Sergeant’s EHR software choice. “NextGen Office is a really good system; the value we get for the money we spend is terrific.” According to Sergeant, independent physicians like Dr. Sergeant have continued to suffer from government pay cuts, although their costs haven’t decreased at all. “When you’re small as we are, every dime counts,” she says. “We’re doing everything we can to keep this business afloat.”

And because small and solo medical practices simply can’t afford revenue leaks of any size, Sergeant relies on the NextGen Office billing solution to accurately control their cash flow. “We like to joke about it, but the fact that a patient will walk out the door of our office and their bill will be sent to them before they even get to their car — it’s just so easy for me, someone with no previous billing experience, to keep track of everything.”

“Without NextGen Office, we would never have been able to do what we did,” Sergeant concludes.  “We found ways to really make the NextGen Office system work for our practice. From set-up, the system was never lacking. It’s really worked well for us.” Sergeant recommends NextGen Office to any small practice looking to switch, or any independent physician looking to start a business and find success in healthcare’s changing landscape. “We’re still here,” she says, laughing, “… and we’re still together.”

Claims Clearinghouse: “I have a friend in billing and when we first looked into NextGen Office, she said right away, ‘Oh they have one of the best claim scrubbing systems.’ And it’s true, NextGen Office makes it so easy to keep track of claims.”

Education: “We’ve been very pleased with all the information NextGen Office has offered for MACRA. We’re tired of trying to interpret what the government puts out, so we just wait for NextGen Office to give us the synopsis. It’s always straightforward and to the point.”

How to optimize your coding with Medicare Advantage Payments 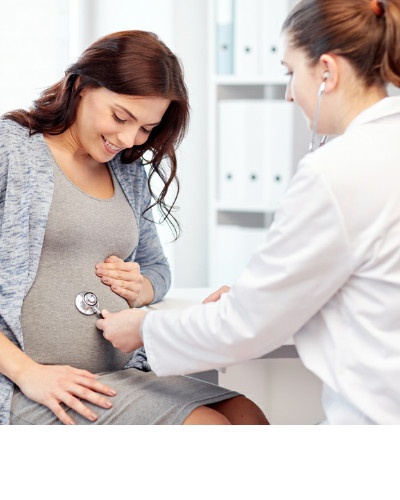